Tishka383 0 Points
February 2019 in Garmin Auto Forum (Garmin Nuvi, Garmin Drive Forum)
Over the past year I have been encountering some random problems. Let me give you some context. I have DriveAssist 51 LMT-D, bought in UK, awesome piece of kit...or it was an awesome piece of kit. Let me describe you the problems, and hopefully someone can help me with a solution:

1) Since Map update Europe 2018.30 for my satnav, Garmin now picks the worst, random and in no way logical routes. I had the Garmin for a year before this update and it worked like a workhorse, I loved the thing. Now...even after 2019.30 update...it is just as bad. I have attached 2 images to show an example (one of many) where Garmin would send me through a road which should not have been picked. 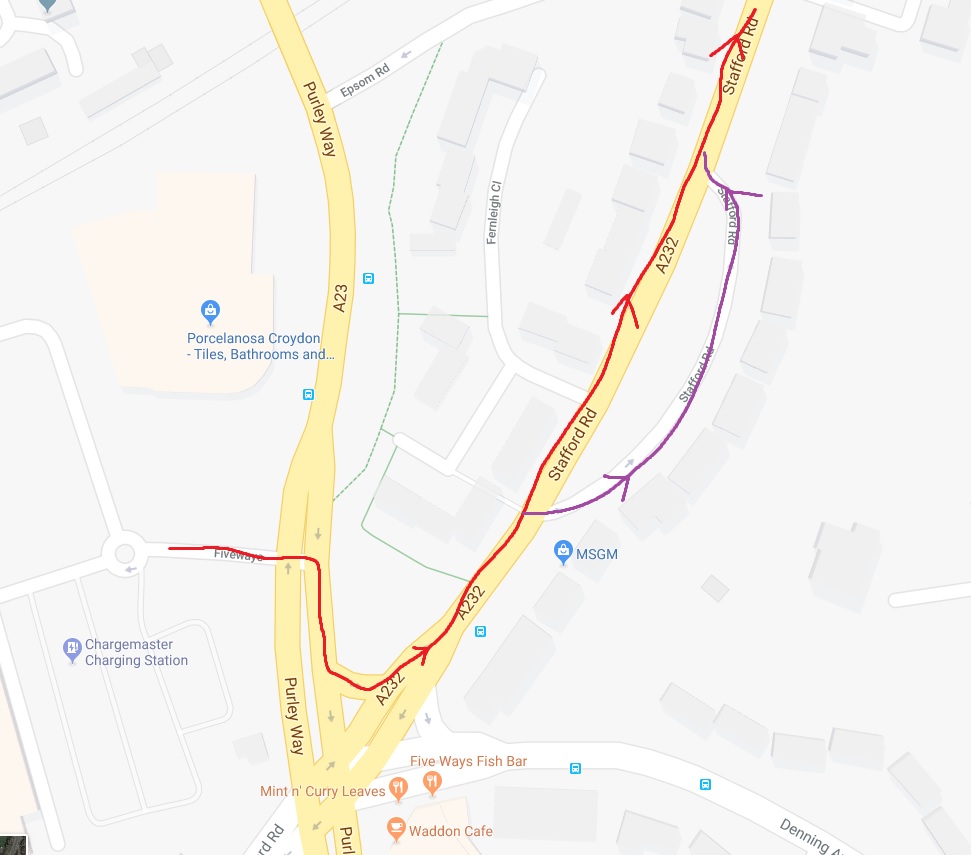 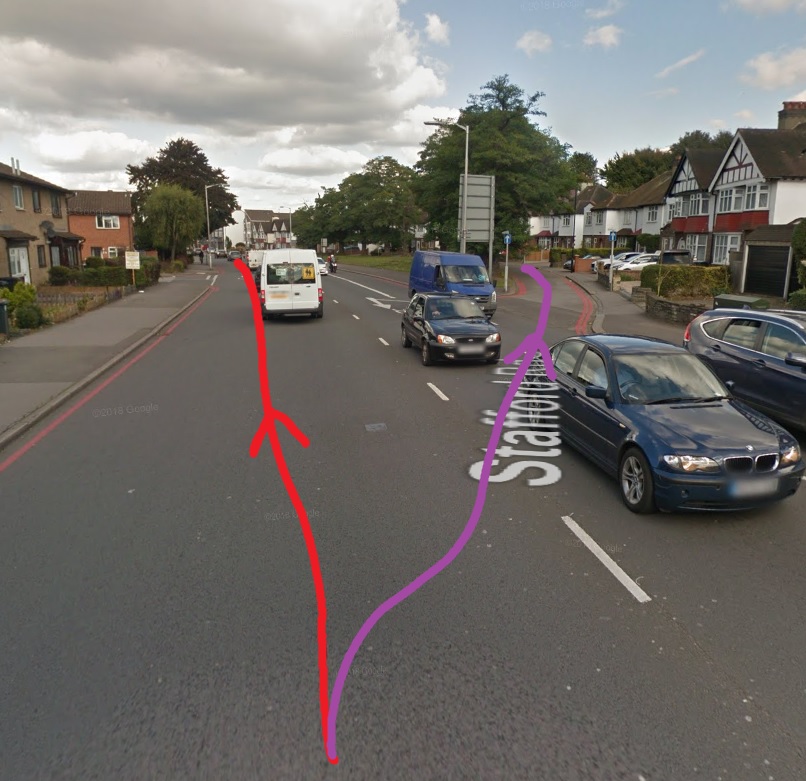 So on this route I would drive on the main road (with red line), it is a straight road, 30 mph. Previously Garmin would select this exact route and everyone would be happy. Since 2018.30 update Garmin is now trying to send me through a side road (shown in purple). If you look at the second image, for this to happen, I would need to cross 2 lanes, drive through a road which then comes back to the main road that I was already on driving straight, but to get back on I would now need to make sure that both directions are safe to get back into my initial lane. Considering I have Choose Fastest Route selected, this surely is not "Fastest Route". This example is just one of many, where the same problem happens, it doesn't happen with just these sneaky side roads that leave the main road and come back onto it but also other routes where Garmin would pick a slower road for example 10mph or 20mph running parallel to my usual routes which are 30mph.

This has been happening since Jan 2018, so a year. Settings have not changed from when I originally got the Sat Nav, I've always had it choose the Fastest Route, traffic has never been a problem. So not really sure what happened from 2017 version into 2018 of the map or the algorithm behind the logic.

2) Now regarding the speed on the roads, again the same problem from 2018.30 map update. Some of the roads that were previously marked as correct speed within Garmin (this speed limit is still the same to present date in real life), since the update Garmin now shows wrong speeds, for example a road which is 30mph, on Garmin it shows as 20 mph. I understand that this data is provided by 3rd party? However, not really sure what happened from 2017 version to 2018 for this meta data to get so wrong and messed up (considering it was correct). Maybe this is related to my problem at number 1?

3) Since 2019.30 update of the map, my UK camera alerts are now also not working. I saw another post about this on Garmin forums but no solution? I can see the Cameras available in the Proximity Alerts, it is ticked, however nothing happens, no alert, no camera notifications, all is gone.

And these problems are present in this present time.

Note: I have reset my device multiple times, I have installed through Garmin Express and through the SatNav itself and the problems still persist.

If someone can shine some light, that would be awesome!